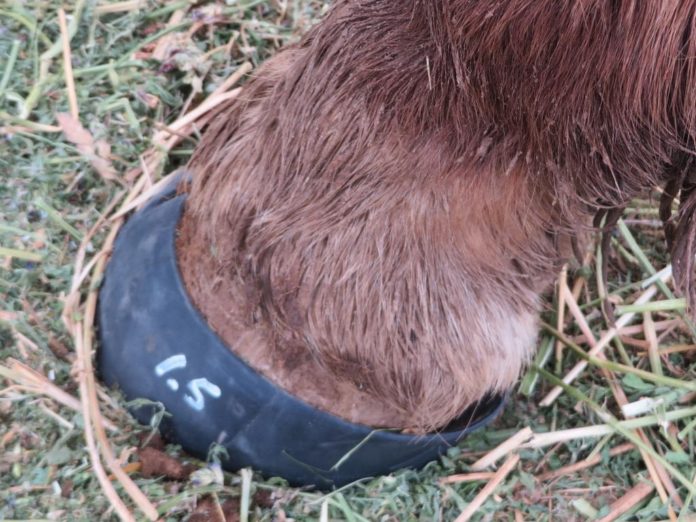 My real hope for today was to ride. The reality was no sun, frost, clouds, and yes I’m whining. But I also know that a great way to warm up is to get busy and work on some hooves. So I got out my hoof jack, tools and a box of boots to see which boots still fit which horse. My plan was to check out the conditions of all my used boots and decide which boots are good enough for training rides and put together a shopping list for a new ride season.

It’s still frozen around here half the time with new snow only a couple days ago. So I don’t want to trim anyone very short. I feel their soles and frog need some protection from bruising on the frozen ground.

I trimmed up Brass and I was thinking that he is a bit between sizes as last year a size #1 Easyboot Glove would turn a bit on him, and he didn’t fill the toe out very well. I used a Power Strap to make it more secure. It was suggested to me that the boot wanted to turn and the toe didn’t V out because the boot was too small and the hoof didn’t sit down into the boot. So after trimming I tried a bigger size boot, a #1.5. 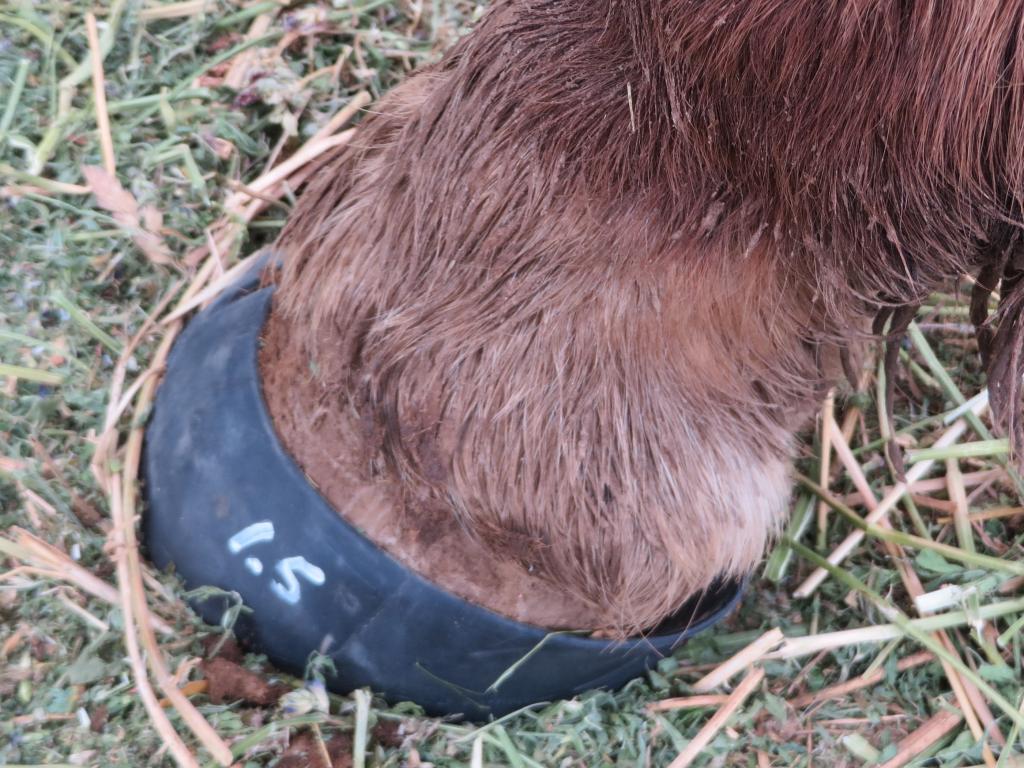 The #1.5 slipped on too easy and was obviously too big. 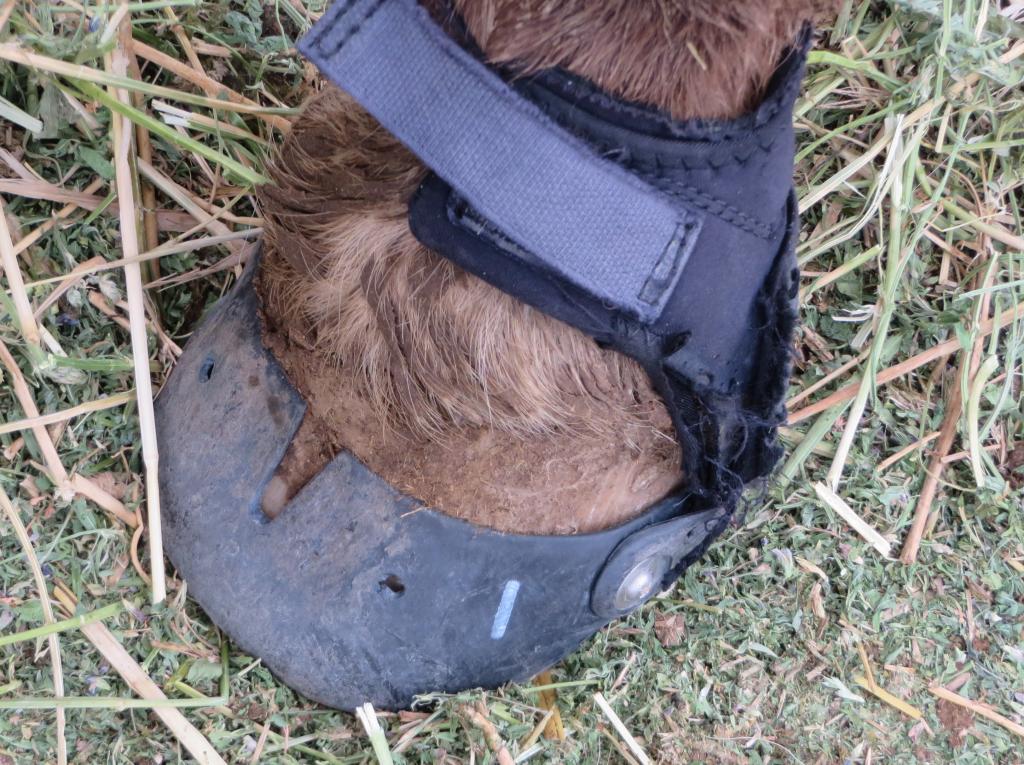 The #1 fits pretty darn good. He’s V’d out more at the toe than it used to be and it sits well. I’ll keep him in a #1 and make a note to replace this gaiter. Along with two others I found. Thank goodness I have a pair of new ones just waiting for the new ride season. 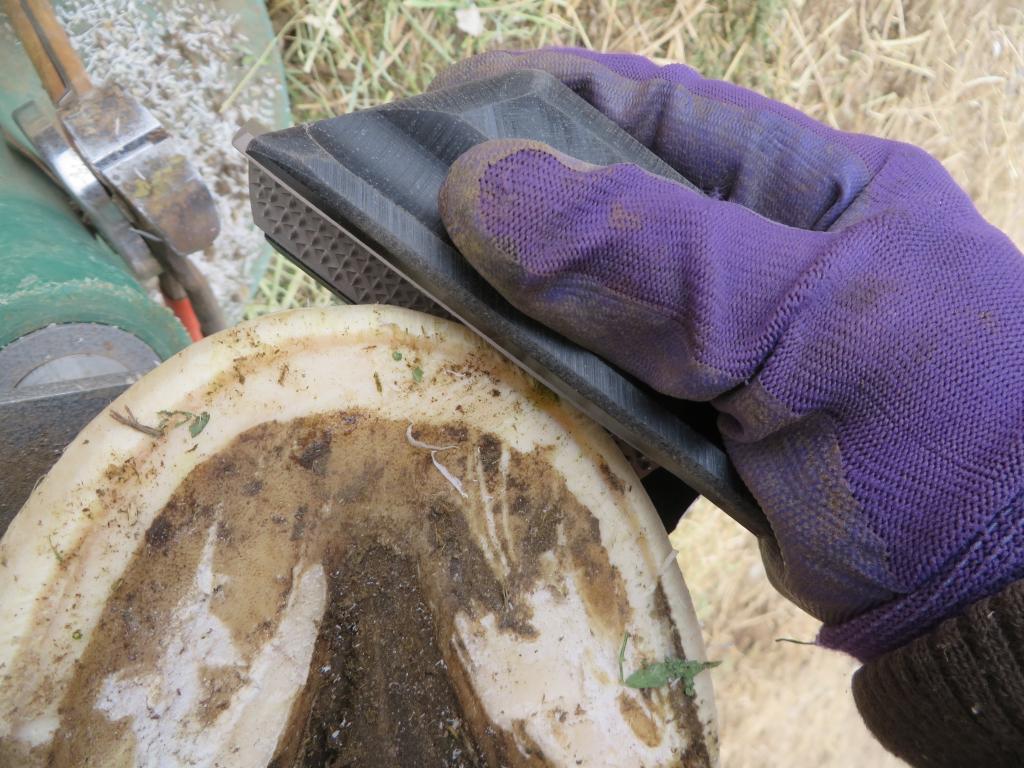 Next was Thunder’s turn. After I trimmed him down a little I used my new toy, or tool, a Radius Rasp II Pro. This has a unique curved stainless steel blade and it puts a nice mustang roll on the hoof very easily. These are really cool! I should’ve gotten one of these from Evolutionary Hoof Care long ago. If you don’t have one then I highly recommend it. Then I tried some boots on Thunder. 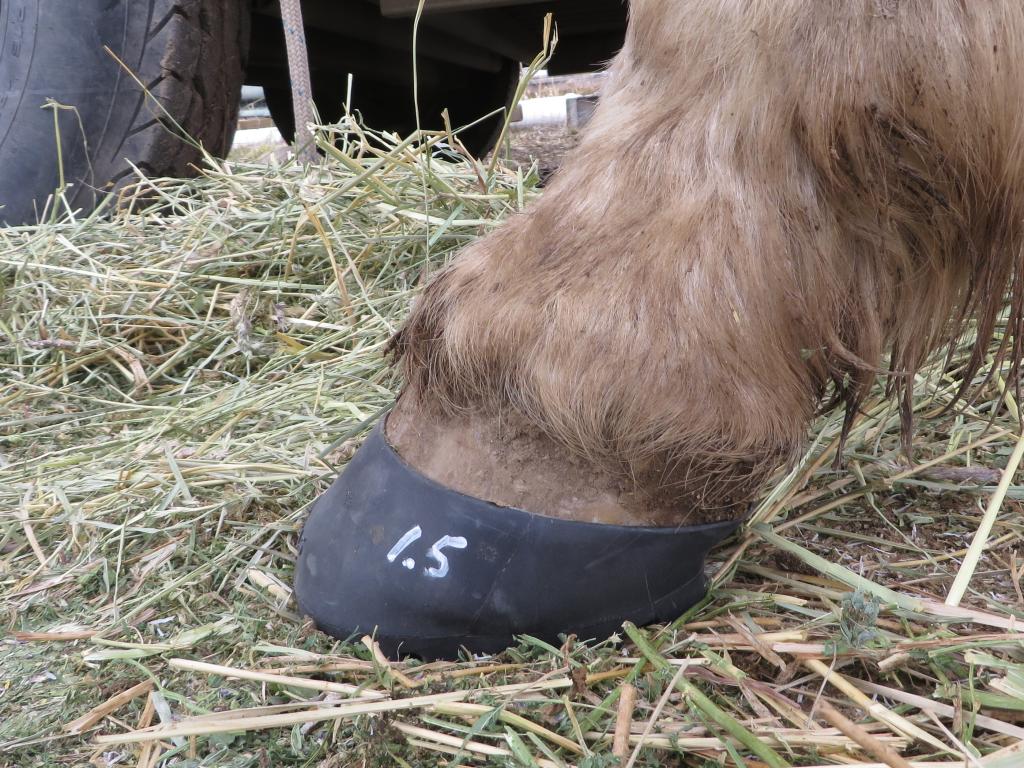 The #1.5’s still look like a good fit for his front hooves. They are snug with a nice V in front.  I’ve upped him to a slightly bigger boot in the hind as the #0.5 just wasn’t wide enough. The last two rides of the season were a big struggle to get the hind boots on. 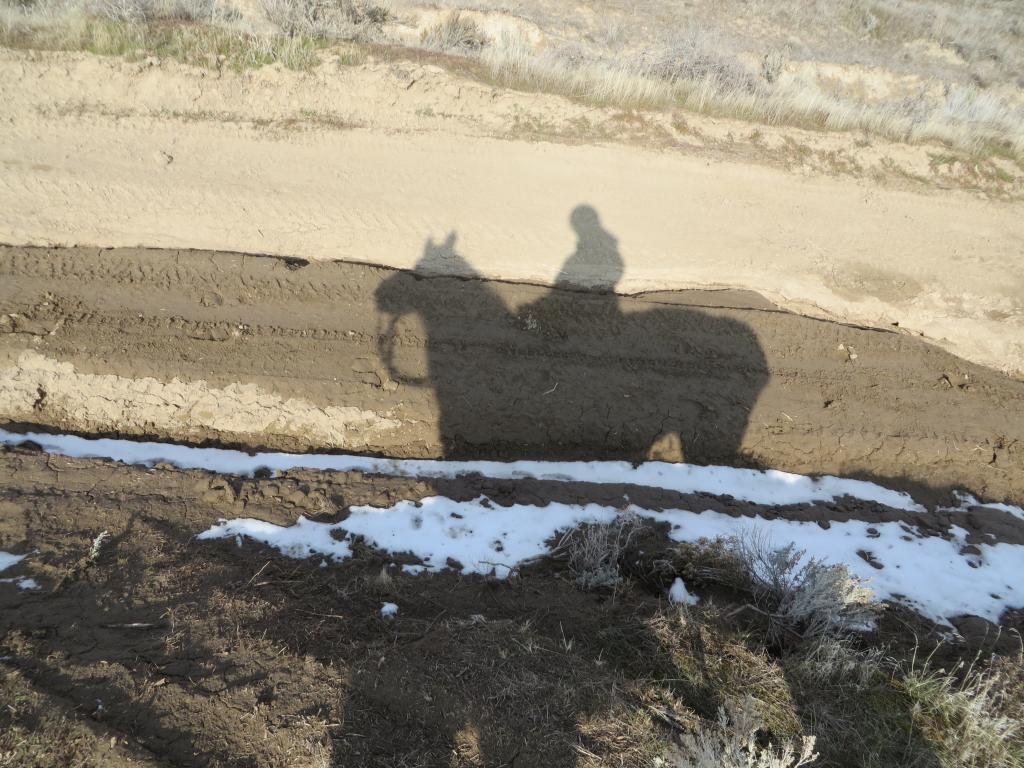 One by one I brought a horse up to the trailer. I went over the hooves, trimmed what needed trimming, and checked for any sign of thrush or bruising. Plus I rechecked all their boots. Now when I go to ride I know which boots go with what horse. Brass and Rio use Power Straps on their front boots and they use different sizes. Thunder and Blue do not use the Power Straps and they too use different sizes. I use the mechanics paint pen to put the size on the boot so they are easy to find. With the size differences and Power Straps it is easy to determine what boot belongs to which horse.

Now then, tomorrow I ride!