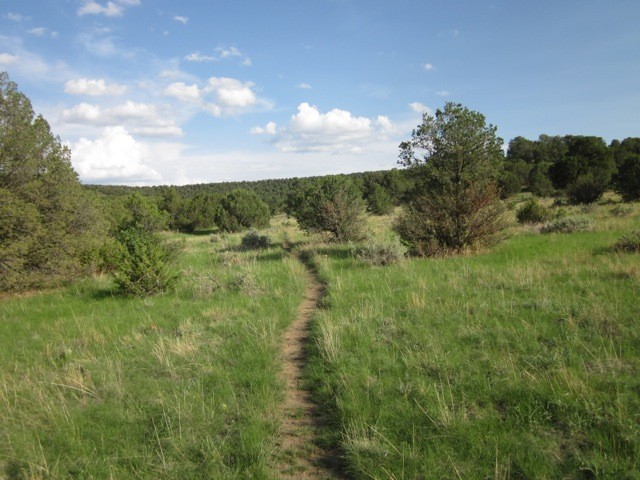 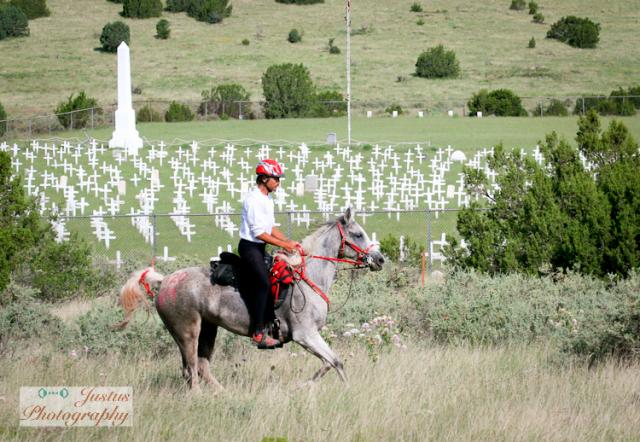 The Bootmeister riding past the famous Fort Stanton Cemetery during the 100 mile Championship race.

For many years, Roger Taylor had hosted a 6 day pioneer endurance ride in this central area of New Mexico. Rich in history with a great scenery and plenty of sightseeing and exploration possibilities, Lincoln county has lots to offer.

This year’s entries were down. Some blame it on the economy or high fuel prices, but the competing riders were rewarded with great weather, an outstanding veterinary staff and excellent management. Adequan was a major sponsor and helped make this event possible. Abundant rain this summer made the countryside very lush and green.

With over 17,000 vertical ft of elevation gain in the 100 mile race (and an equal amount of elevation loss), this championship ride featured more altitude climbing than Big Horn (15,500 ft) and Tevis. With temperatures topping out in the 90s, a good amount of humidity and a total mileage of 105, the 2011 AERC National Championship turned out to be one of the toughest in recent memory. New Mexico also has no shortage of rocks, so a very high percentage of riders elected to ride in protective horse boots with the overwhelming majority choosing Easyboot Glue-On hoof boots or the Easyboot Glove. It certainly seemed to be the right choice of hoof care products when looking at placings, finishing times and completion ratios. 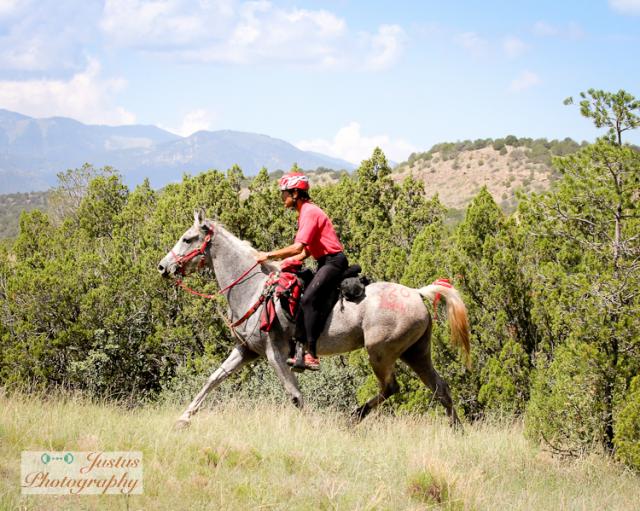 Here we see Christoph Schork on one of the many uphill climbs on Stars Aflame. 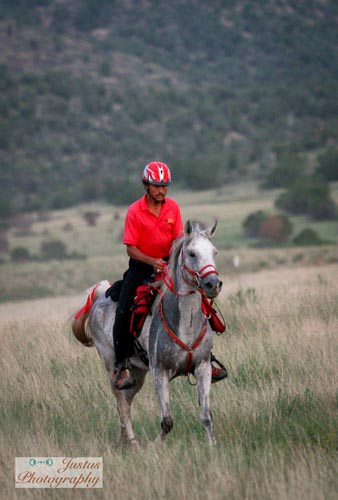 Finally, after a very long day that started at 4 am, Stars Aflame and Christoph arrive at the finish line. 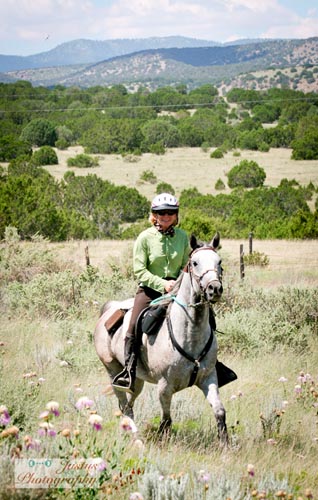 Beverly Gray from Utah finishes in 2nd place. She rode the last loops with Tennessee Mahoney from Colorado, who finished in 3rd place.

Maybe it is not a coincidence that 50% of the top ten horses in the 100 mile championship race used protective horse boots from EasyCare. The Bootmeister won the 100 mile event and received the Best Condition award. Other EasyCare booted riders in the 100 mile event were Tennessee Mahoney, Rusty Toth, Leah Cain McCombs and Scott Campbell. In the 55 mile event, Tennessee Mahoney won the Half Arabian AHA 55 Championship ride. JJ Donelly finished in 3rd place and won the Junior Division, also winning the Best Condition award. He rode in Easyboot Gloves. These are just a few names of all the finishing riders at the championships equipped with EasyCare boots. 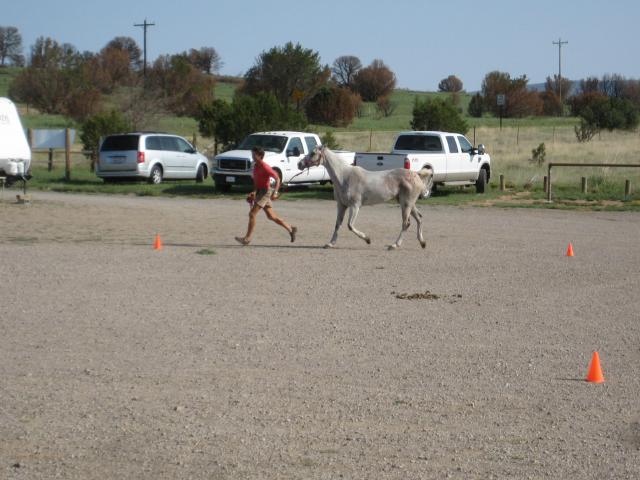 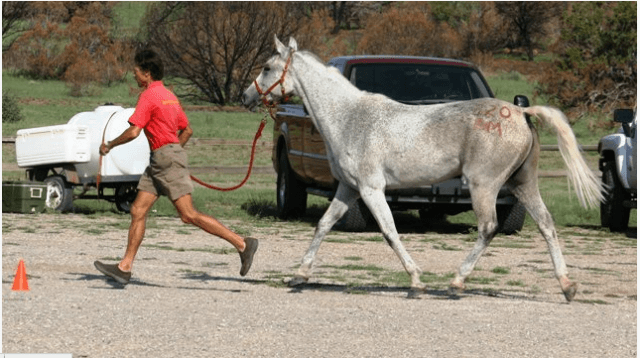 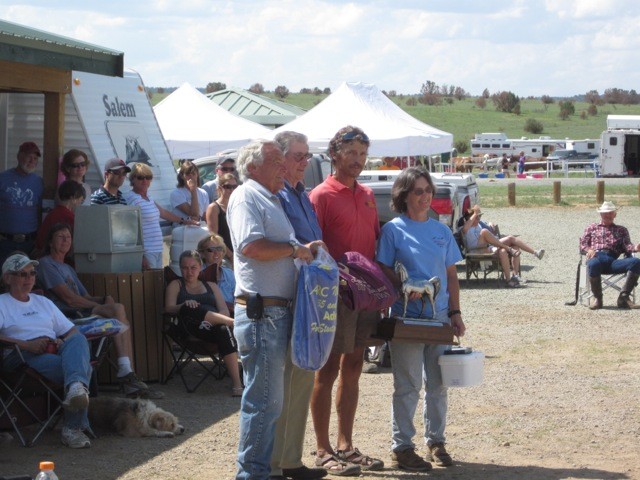 Christoph at the Awards ceremony. 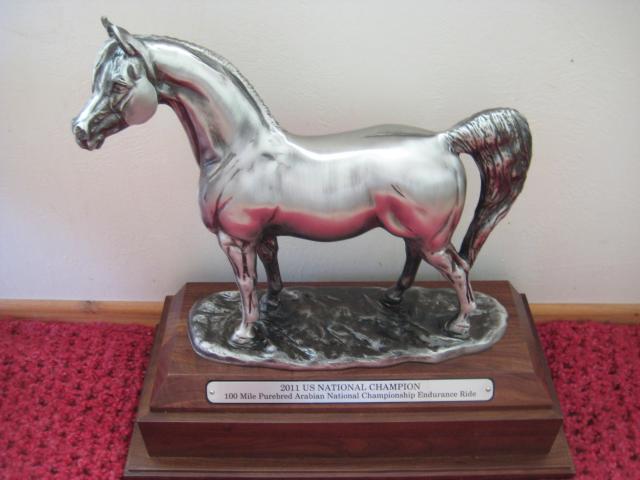 The question is: would I have received this trophy without using the Easyboot Glue-Ons?

A big thank you goes out to Roger and Sue Taylor for organizing such a challenging event, Linda Sherrill and Justus Photography.

From Ft Stanton reporting: The Bootmeister.