Sometimes, no matter how much you try to force something to work, it just wasn’t meant to be. I wrote about my big grey gelding, Khopy, frequently in this blog throughout the past year. What I didn’t write, however, was how much I was struggling with him in that I just couldn’t get through to him. He was a quiet horse, athletic and compliant, but there was just something missing. I agonized for months, beat myself up and ultimately decided that it would be best for Khopy to find a new home, where he could be appreciated for who he is and what he has to offer. It is never easy to sell a horse that you have poured your heart and soul into, but much like a necessary break-up, things are clearer on the other side.

So I started shopping. And found my new horse. Guess what? He LIKES me!! And so it became apparent, the thing that was missing with Khopy was the fact he just didn’t like me. This one does, and I can’t get enough of it! 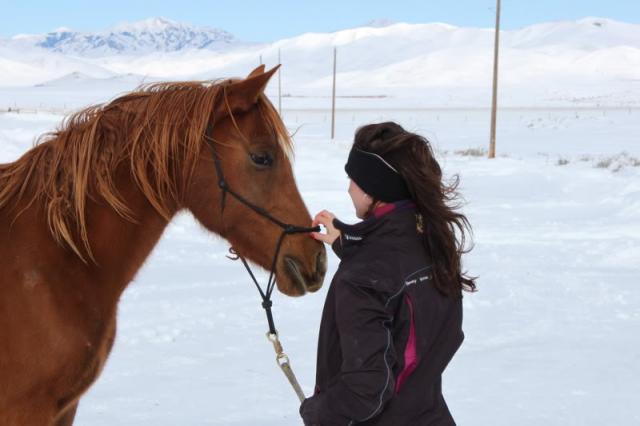 Our first meeting. I hadn’t meant to fall in love. After all he was younger than I wanted, not broke and a boy. 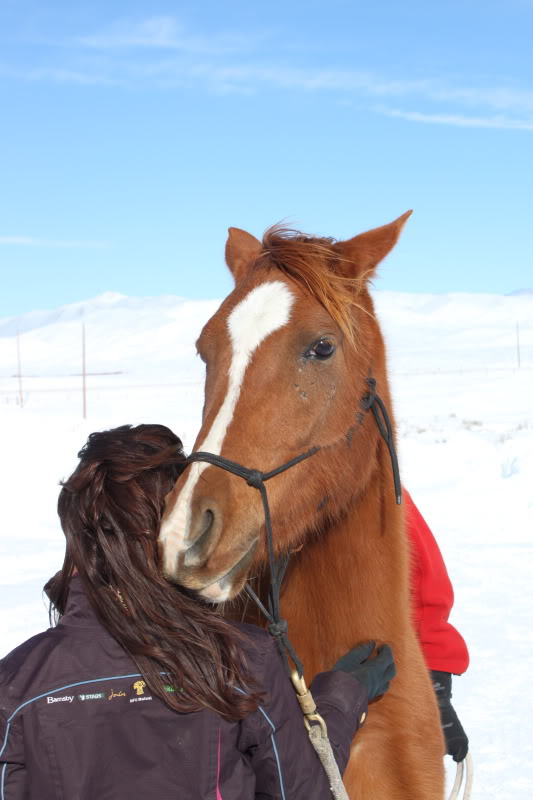 He stuck his nose in my hair and I was done.

Of course with the new addition of a horse, any respectable barefoot enthusiast is quick to assess and start “fixing” the new pony’s feet. I was no different. When I went to look at him, I checked out his front feet pretty well, but merely glanced at his back feet from the top. The next week when we brought him to the clinic for a pre-purchase exam, my stomach dropped when I saw him trot out as though he was sore on his hind feet. We quickly took him into the exam room to take a closer look. This is what we found. Yikes. 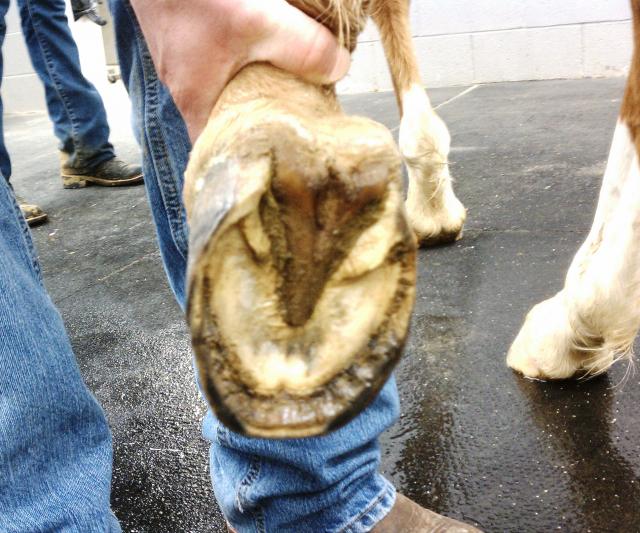 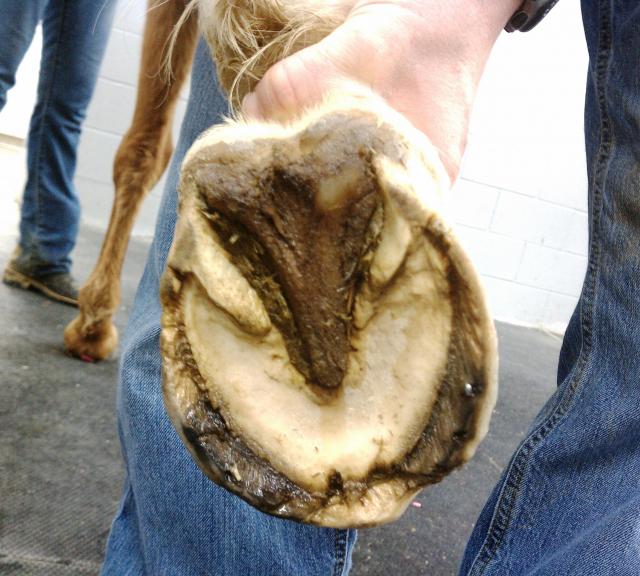 Hoof testers found him extremely sore on both hind feet. Kinda like, kick-your-head-off sore. Xrays were clean. It was obvious what the problem was. Not only had there been several recently blown-out abscesses, but his feet hadn’t been trimmed since his one-time-only set of shoes were pulled in October. The next day we sedated him to get his teeth floated, and I was able to trim his hind feet while he was still sleepy from the sedation. They trimmed up very nicely. 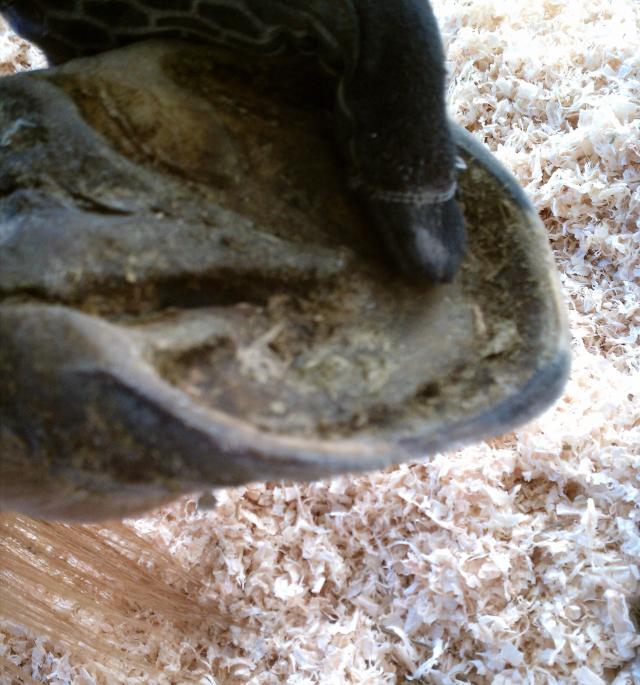 The amount of hoof wall that this horse was standing on had to have been so painful! 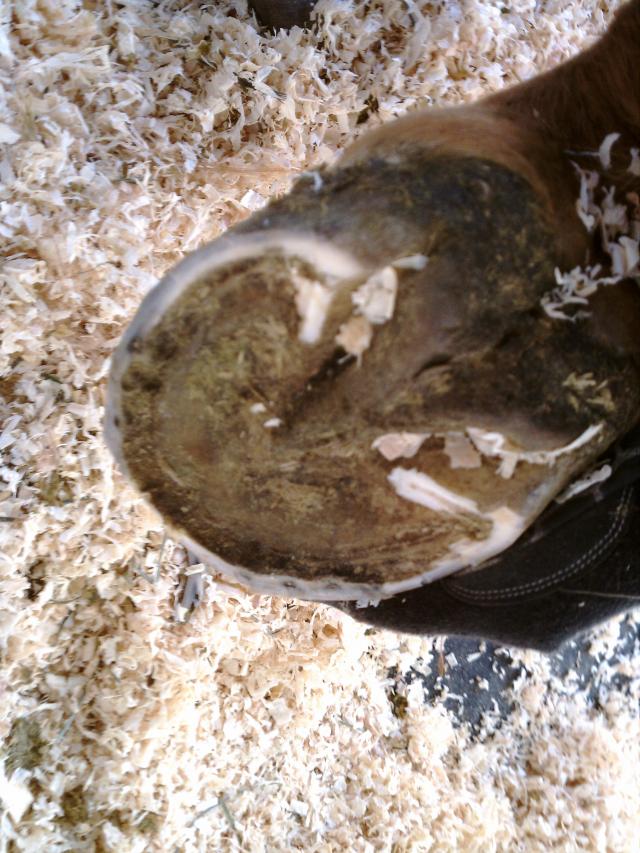 After the first pass with the nippers… 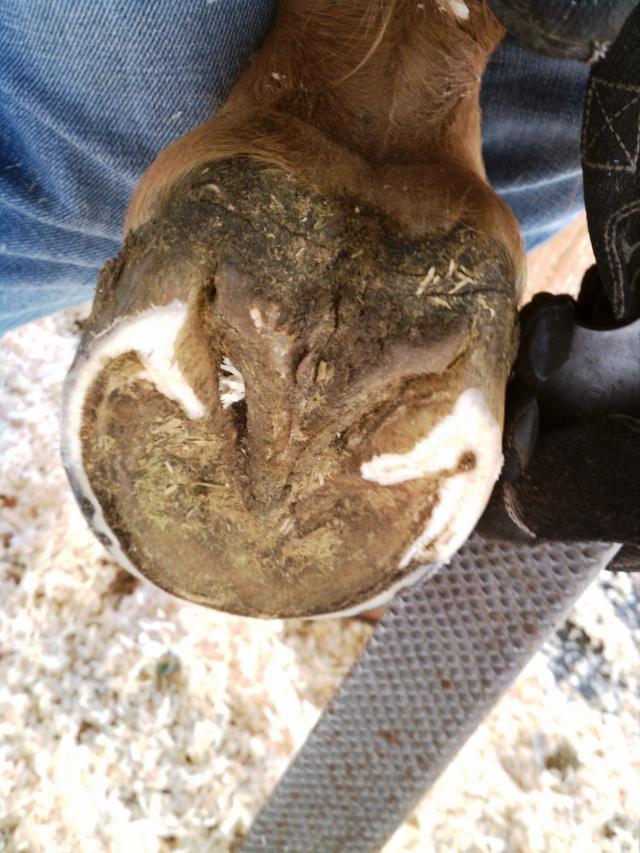 And rasped. Sorry for the bad angle, it is difficult to hold the hoof and take a picture at the same time! 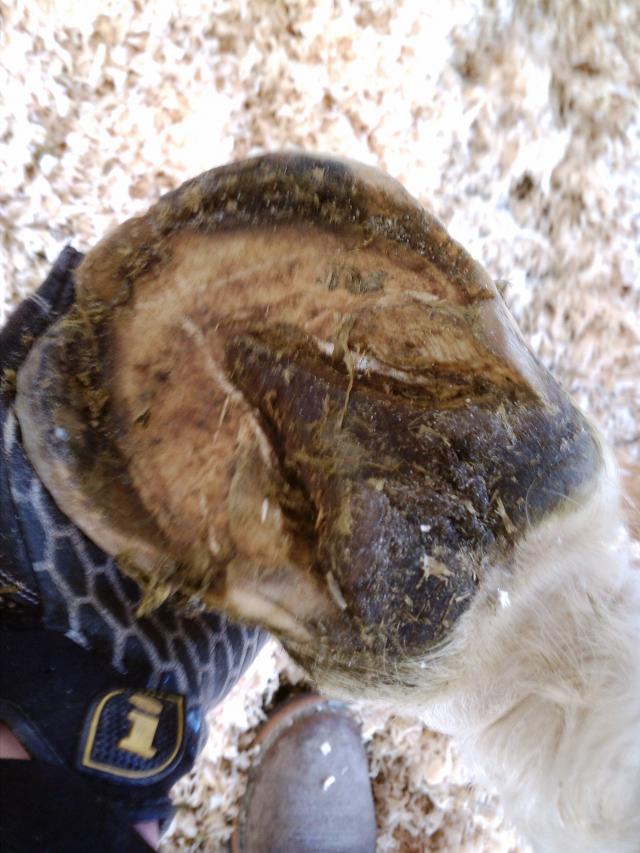 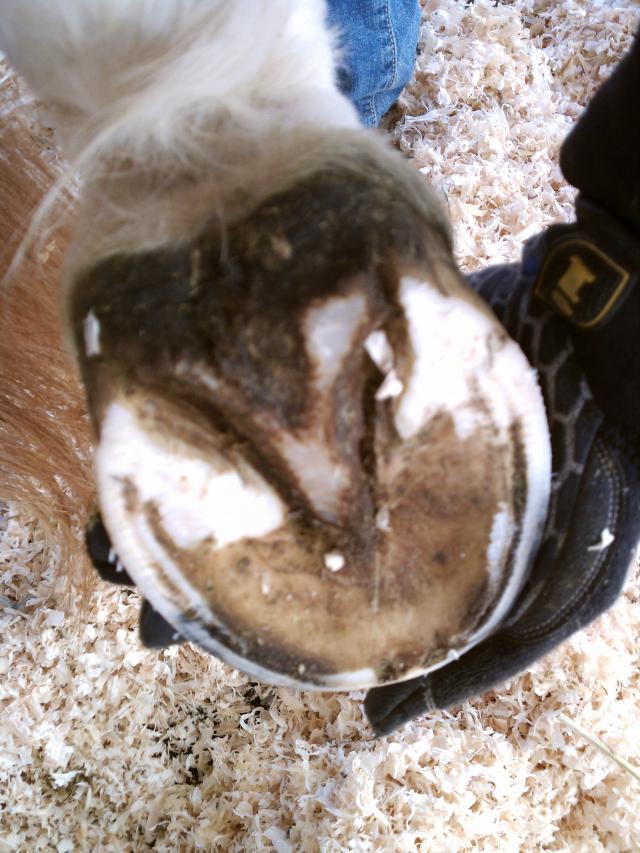 His front feet were a breeze and he behaved himself beautifully for being a youngster in a new place with a new person. 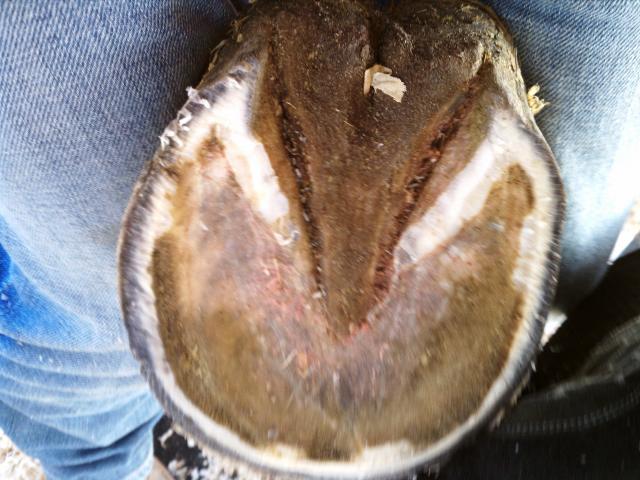 Left front, after a quick trim. His toe still needs to come back but I am always hesitant to change too many things at once. 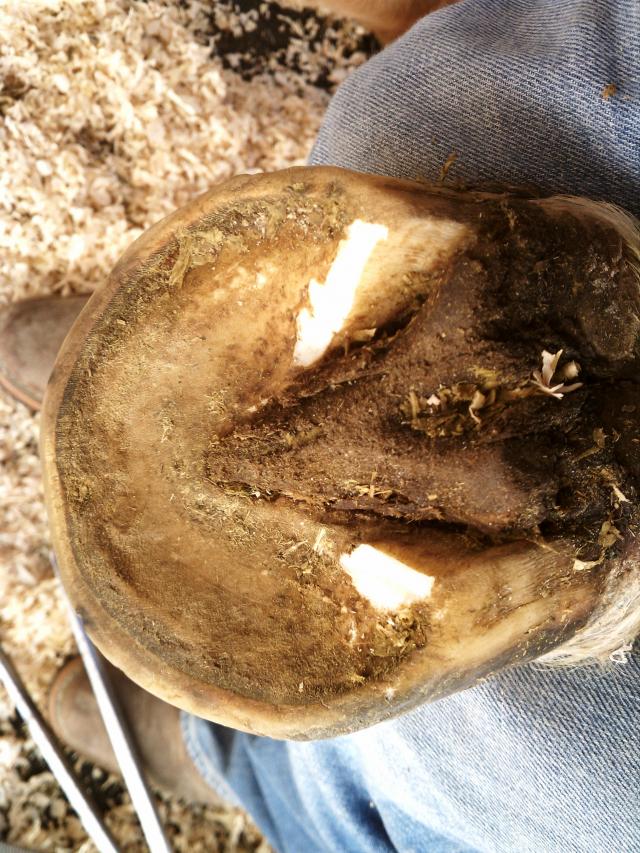 Right front after trimming the bars. Unfortunately I don’t have one of the finished foot. Again, difficult to do everything with only two hands!

It is always so amazing to see the difference in a horse after a good time. He went from standing with his hind end out behind him, to squaring up nicely and under himself. He is completely sound and is a beautiful mover. I can’t wait to ride him! Oh, and his name? Well we call him Charm. Can’t wait to see what he becomes.