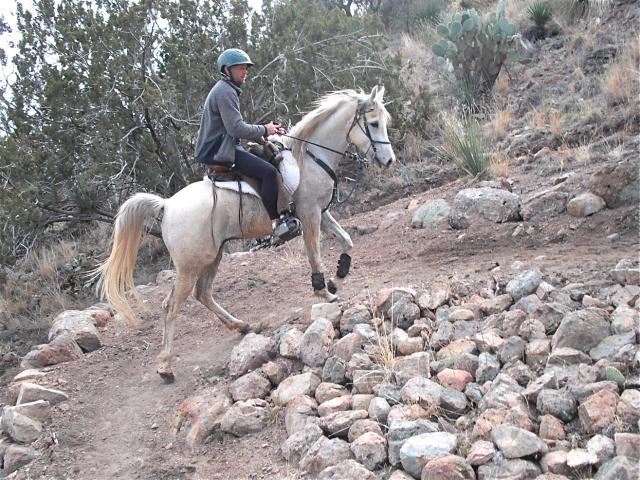 Rusty & Rocky on the Arizona Trail.

Old Pueblo 2010
It was a fantastic day for Easyboots yesterday at Day 2 of the Old Pueblo 50 mile ride in Sonoita, AZ.

Ride Manager Marilyn McCoy was very pleased with the number of participants at the ride. Marilyn always puts on a good event and this year was no exception. The new sections of the Arizona trail are spectacular – the footing is good, there is enough elevation change to assure great vistas and good use of various muscle groups for horse and rider. One could never grow tired of the long views and unspoiled wilderness out there. 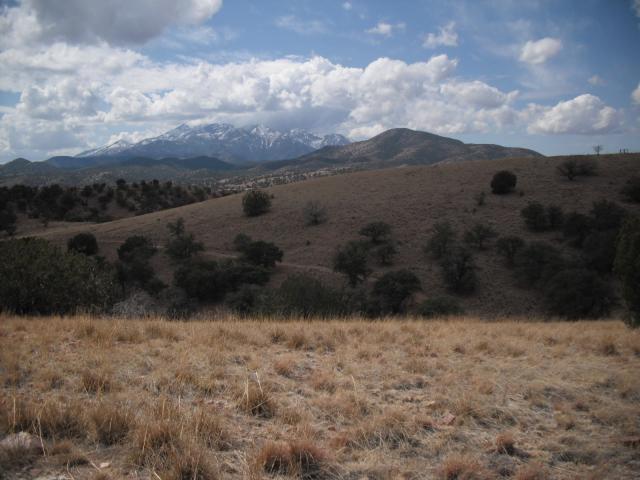 I took Redford, who was still in his Easyboot Glue-Ons from last weekend’s Dynamite Dash. Leslie Spitzer had ridden him in the 50 and Rusty had used him extensively the week prior for trail marking and re-marking, so I decided he would be fine for one of the days. Rusty rode Rocky in Glue-Ons – we were testing a new glue that Garrett seems quite excited about. The glue sets up really quickly but still has the elastic properties we all like so much. We had plenty of spare Easyboot Gloves with us in case the glue did not hold for the 50 miles, but we would not need them. Rocky traveled well all day and was wonderfully sound. This was his first ride since his accident at Death Valley in December, so it was nice to get it right. 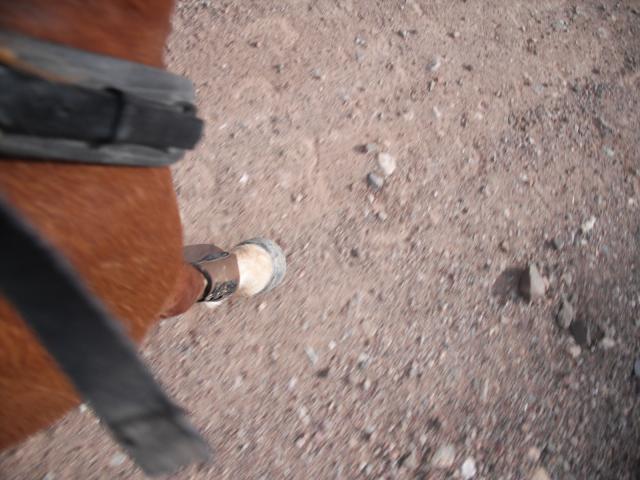 Do You Boot?
We finished in 11th and 12th place at 2:22 PM – just shy of six hours ride time. Easyboot cleaned up: of the first 12 riders to finish the 50, 8 of them were in Gloves or Glue-Ons. There was good representation at the back of the pack, too. Julia Lynn Elias rode her big chestnut Shagya, Chilli, in his first 50. I think they got turtle award. She pulled his shoes the day before the ride and used Glue-Ons. It was her first time riding one of her own horses booted/barefoot and I think she will be back for more. 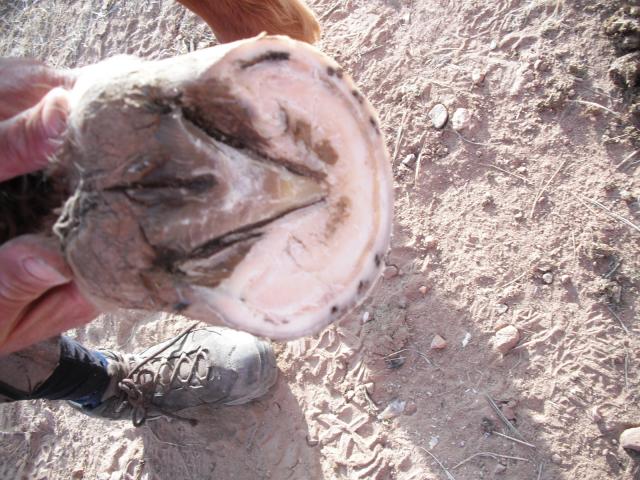 Chilli getting his first barefoot trim. 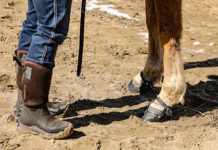 We’ve Been in Your Boots